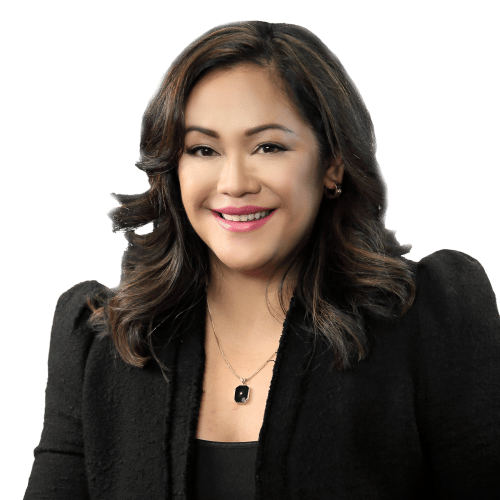 Michelle attended York University, where she graduated with an Honours degree in Political Science in 1998. She distinguished herself academically by earning the Dean’s Scholarship, and by being selected as an Academic All-Canadian for excellence in academics and inter-university sports. Subsequently, Michelle attended Osgoode Hall Law School in Toronto, graduating in 2001. She was called to the Ontario bar in 2002.

In 2003, Michelle joined the Pace Law Firm as personal injury lawyer. Since then, she has represented her clients in litigating serious claims—including motor vehicle accidents, slip and fall accidents, long-term disability claims and historic personal injury and sexual abuse claims. With respect to motor vehicle accidents, Michelle has a special interest in representing the victims of motorcycle accidents. Although she is based in the GTA, Michelle has represented clients residing throughout Ontario—from Kingston to Windsor, and from the Niagara Region to Collingwood. Michelle also regularly works at Pace Law Firm’s Kenora office and represents clients in Kenora and its surrounding areas.

Michelle has served as arbitration counsel before the Financial Services Commission of Ontario, and the License and Appeals Tribunal. She has also appeared before the Ontario Superior Court of Justice, successfully serving as trial co-counsel, as well as the Ontario Court of Appeal. As co-counsel, Michelle has conducted trials in both jury and judge alone proceedings. In 2015, Michelle served as trial co-counsel, representing a client who had sustained a severe brain injury as a result of a jail-house beating. In a landmark decision, the court ruled in Michelle’s client’s favour, awarding him $3.2 million dollars in damages. Michelle served as co-counsel in successfully defending the decision before the Ontario Court of Appeal.

In 2017, Michelle was awarded her accreditation as a Certified Specialist in Civil Litigation from the Law Society of Ontario; a distinction which fewer than 2% of Ontario’s lawyers have achieved. The Certified Specialist designation recognizes lawyers who have distinguished themselves—by virtue of their professional knowledge, expertise, and experience—in specific areas of law.

Pedestrian knock down of woman in her early 50’s who was working full time at the time of the accident. She suffered soft tissue injuries and severe psychological impairment leading to several suicide attempts post accident. Settled AB in September 2015 for $1.1M and her tort was settled in November 2016 for $875,000. Total settlement was $1.975M.

Client in her early 20s, just graduated from nursing school and was a front seat passenger in a vehicle that crashed into a light pole. She suffered multiple internal injuries and a fractures in her back which required ICU care. She developed significant psychological impairments as a result of the accident. Settled in May 2015 for $2.075M.

Client in her late 30s who was struck at high speed on the highway. She had a pre-existing history of depression which was exacerbated by the accident. She developed chronic pain and was unable to work or care for her home or her 10 year old son. Settled for $1.325M in November 2018.

Client in her early 20s with a pre-existing history of anxiety and depression was injured while she was a front seat passenger in her friend’s vehicle. Her physical injuries exacerbated her pre-existing depression and anxiety. Settled for $1.24M in April 2020.

Pace Law Firm and Michelle Arzaga successfully advocated for me when all of the parties involved in the accident denied responsibility.

I want to thank you Michelle for the amazing job you did on my parents file.

Thank You for All Your Hard Work

From the first day, I walked in their office until the day of my settlement their services has been phenomenal and very professional.

Pace Law Firm took a “not so easy” client and made me feel that I mattered. They also had the patience and understanding to know what I was going through. They didn’t overlook any of my needs.

Not too hurt, not hurt enough, hurt JUST right …. in order to bear the insurance deductible

In almost every culture there is a version of the story of Goldilocks, the precocious child who imposed herself on unsuspecting strangers and then tested her options until she found the one best for her liking.
Read More
Personal Injury
By
Pace Law

Serious injury is only one of the impacts of driving impaired

Going to a holiday party this season? If you plan to drink or use marijuana, think hard before getting behind the wheel of a car. Apart from getting seriously hurt in a car accident, here are five additional consequences to consider.
Read More
Personal Injury
By
Michelle Arzaga

This winter, Ontario will change the Highway Traffic Amendment Act (Bill 194) to exempt Sikh motorcyclists from the requirement to wear a helmet in order to honour their civil rights and religious expression.
Read More

Call us now or fill out the form to discuss your case with an experienced legal professional.

Areas We Proudly Serve
Linkedin Facebook Instagram Twitter Youtube
Manage Cookies
To provide the best experience, we use technologies like cookies to store and/or access device information. Consenting to these technologies will allow us to process data such as browsing behaviour or unique IDs on this site. Not consenting or withdrawing consent, may adversely affect certain features and functions.
Manage options Manage services Manage vendors Read more about these purposes
View preferences
{title} {title} {title}
Scroll to Top